Written by Jonathan Widran
When Carol Albert released her debut vocal and instrumental album Love in Your Eyes back in 1992, there’s no way the multi-talented pianist/composer could have known that 25-30 years down the road, she’d not only be a Billboard chart sensation, but that her elegant and soulful, dreamy and free flowing melodic piano style, combined with her passion for R&B grooves and sexy tropical Brazilian rhythms, would make her a spot on fit for the urban centric vibe that drives today’s smooth jazz. ​ 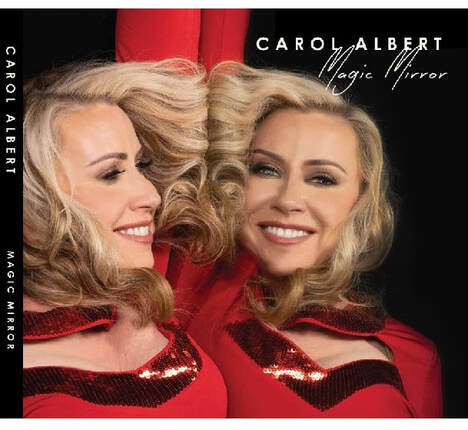 Though she had released an album of solo piano covers (Morning Music) in 2006 and a lovely holiday album (Christmas Mystique) in 2015, Carol seemed to come out of nowhere in 2016 to launch the most prolific and radio friendly phase of her career with a burning cover of “Mas Que Nada” – the first single from her 2017 breakthrough album Fly Away Butterfly, which also included the Top 5 Billboard title track and her first charting single “One Way.” She’s been smooth jazz radio gold ever since, most recently scoring the Top 5 singles “Perfect Sunday” and “Stronger Now” (from her 2020 album Stronger Now) and “Fire & Water,” the funky, festive and exotic samba lead single from her extraordinary, stylistically eclectic (and provocatively titled!) new album Magic Mirror, which reached #4.
Dan Baraszu - Guitar
Among her other accolades, perhaps Carol’s most extraordinary achievement – and testament to her widespread impact and success – is having Spotify streaming totals all but unheard of among even the most popular of her smooth jazz peers. “Perfect Sunday” has racked up nearly 6.7 million streams on Spotify, with “Stronger Now” currently at 2.3 million.

No doubt, the success of “Fire & Water” is just the beginning of the many chart and streaming accolades coming Carol’s way with all the potential hits on Magic Mirror. But the multi-talented Atlanta based performer isn’t just about cranking out infectious hits. On her previous two albums and now this collection, she starts with personally meaningful themes and concepts that reflect her unique emotional journey – from deep sadness to personal empowerment, from desire to enlightenment and, to draw from some of her best known titles, soaring on “Femme Flight” (a SiriusXM Watercolors smash featuring flutist Ragan Whiteside and saxophonist Magdalena Chovancova) to the liberating feeling of “Perfect Sunday” and “Sun’s Out.”
Even on a multi-faceted album that has many potential hits and everything from sumptuous, hot and festive samba (“Fire & Water”) and bossa nova (the breezy and intoxicating/exotic “Sol Ipanema”) to a hard thumping, piano pounding, certifiable dance jam (“The Chase”), it’s indicative of her compositional depth that the tunes on Magic Mirror that resonate most are the ones least likely to be chosen as radio singles.

One of five tracks co-produced by Carol and her new collaborating partner, bassist and genre stalwart Roberto Vally, the Carol-composed “Gemini Sun” reminds me that Carol’s sensibilities harken back to what the genre was like in the early 90s, when a tune like this - gentle, dreamy, laid back, with old school atmospheres and a sweet, witty conversation with Whiteside’s flute – could be a big hit. Its charm and whimsy reminds me of the vibe of one of my favorite albums of the time, Peter Kater’s Rooftops. 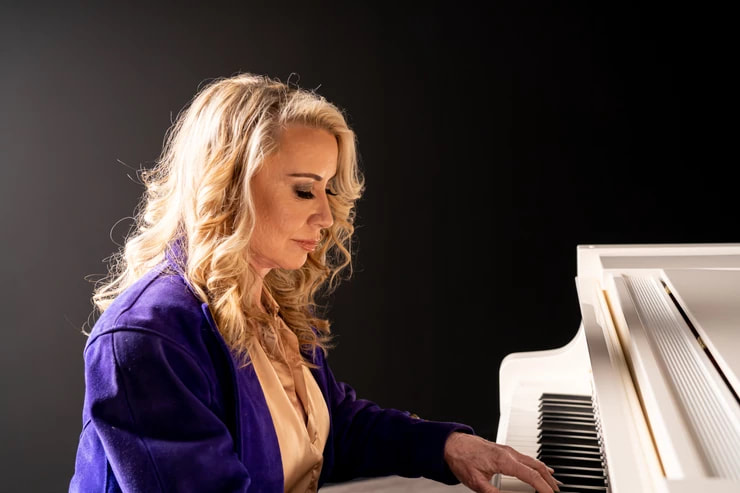 My other favorite is the similarly sweet and blissfully ethereal “Someday,” which flows gracefully as a piano-guitar conversation with Paul Brown, who produced the other five songs on the album. Like the closing tune that follows it, the symphonic new age influenced gem “Angels Watching Over Me,” it’s a master class in purposeful relaxation, literally transporting the listener’s heart mind and soul to simpler times where cares can effortlessly drift away for a few minutes. ​ 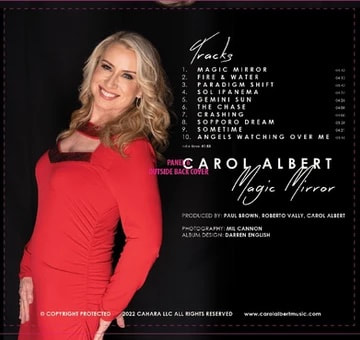 Of note, “Sometime” was written by Carol, Brown, Vally and Tom Schumann (who adds strings), while “Angels…” was composed and arranged by Carol and co-produced and mixed by Vally. Even if the credits are distinctive, with Brown and Vally each adding their unique touches on their home instruments (Vally being particularly effective on bowed bass), in the end, both serve to illuminate the seamless flow of Carol’s rich artistry.

It was insightful to learn that the whole process of developing Magic Mirror began with Brown – who had produced five songs on Stronger Now – sending Carol the foundation of “Sometime” that he had worked up with Vally. Carol of course wanted to collaborate with Brown again, but her love of this track and realization of what Vally brought to it launched a conversation which led to her next great collaborations, all brought to life on the album. ​
Magic Mirror’s second and current radio single is “Paradigm Shift,” a spirited light funk tune that features Carol’s playful piano melody in dialogue with Brown’s snappy acoustic guitar, riding over a tight soulful groove as it heads towards the irrepressible hook. Another tune with obvious hit potential is the opening title track, a silky, seductive, increasingly grooving ballad (penned by Carol, Brown and guitarist Shane Theriot) featuring some of Carol’s most expressive playing and the beautiful sax passion of Greg Vail.

Other tracks include the digital only single “Crashing,” a hypnotic romantic ballad given a touch of dramatic flair with the additional strings of Ben Babylon, who adds similarly lush textures to the lighthearted, easy funk adventure Carol’s ivories take us on in the sharing of her delightful “Sopporo Dream.”

With most albums in the smooth jazz genre these days, if you hear the hits, you’ve pretty much experienced the whole thing. With Albert’s magnificent Magic Mirror, it’s truly the proverbial journey, best immersed in fully and experienced from start to finish – over and over. It’s easily one of the genre’s best albums of 2022. 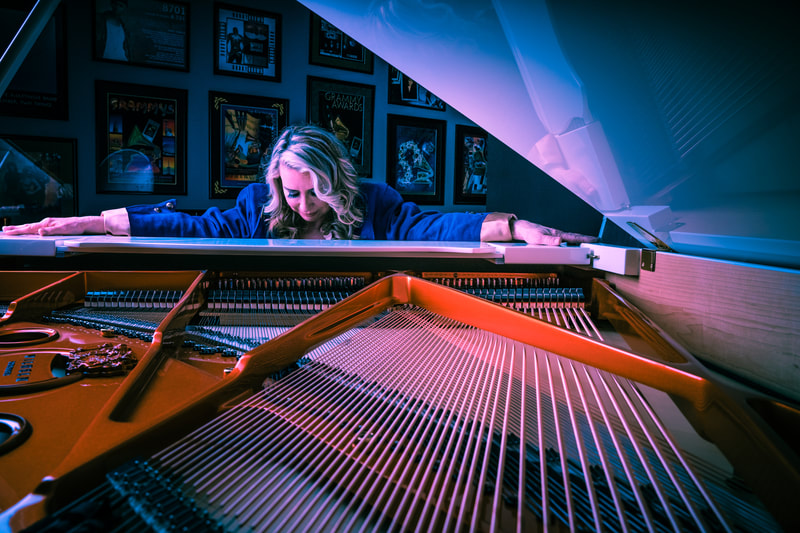 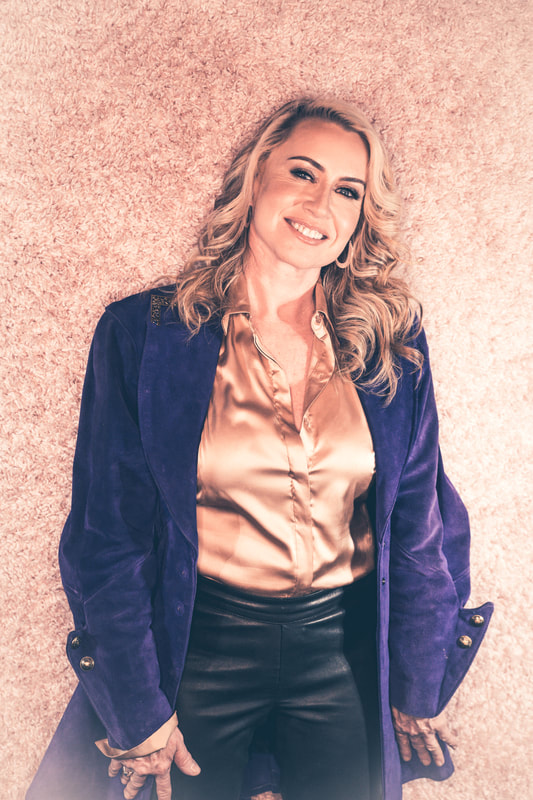 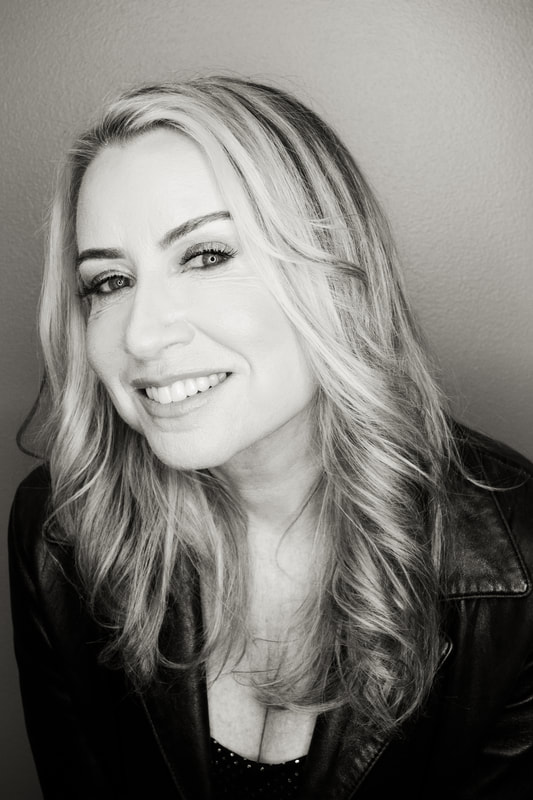 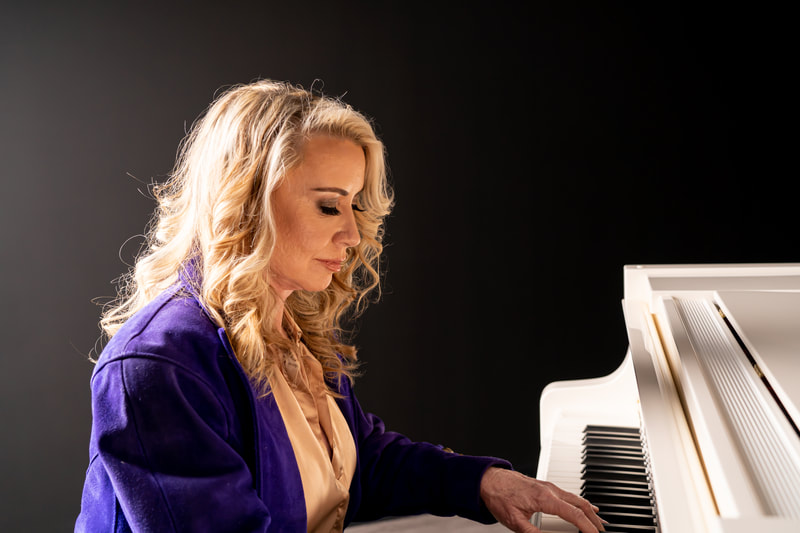 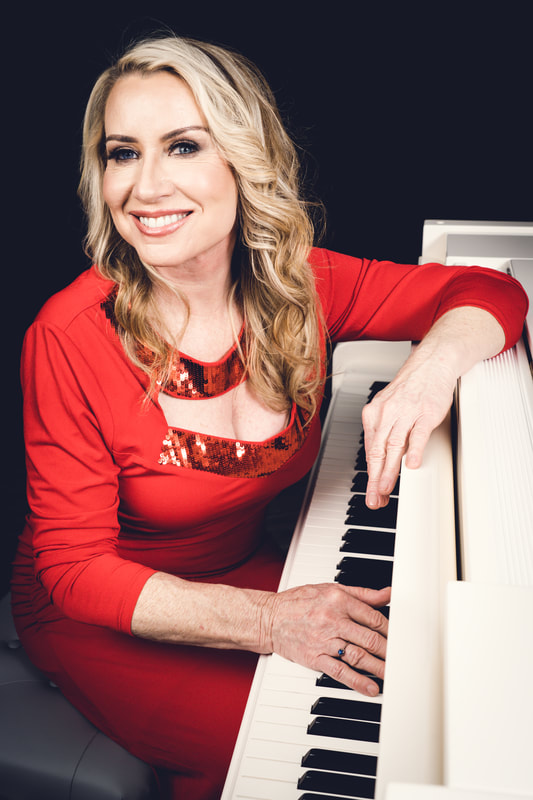 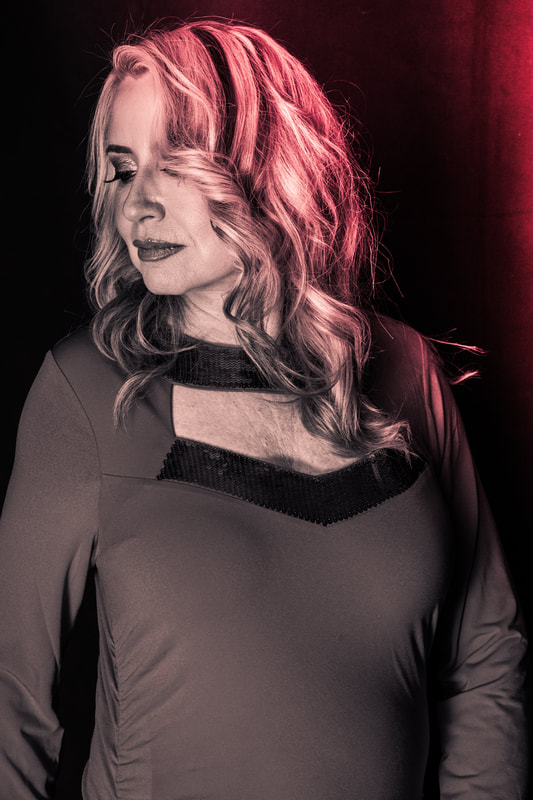 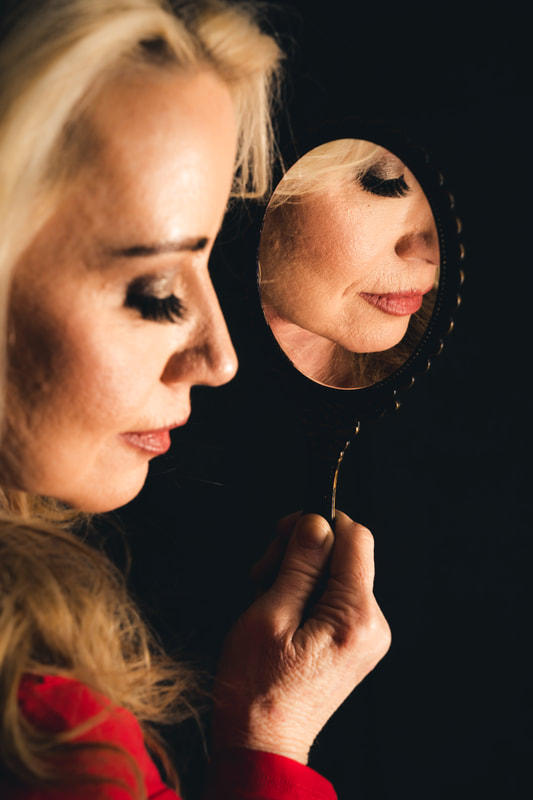 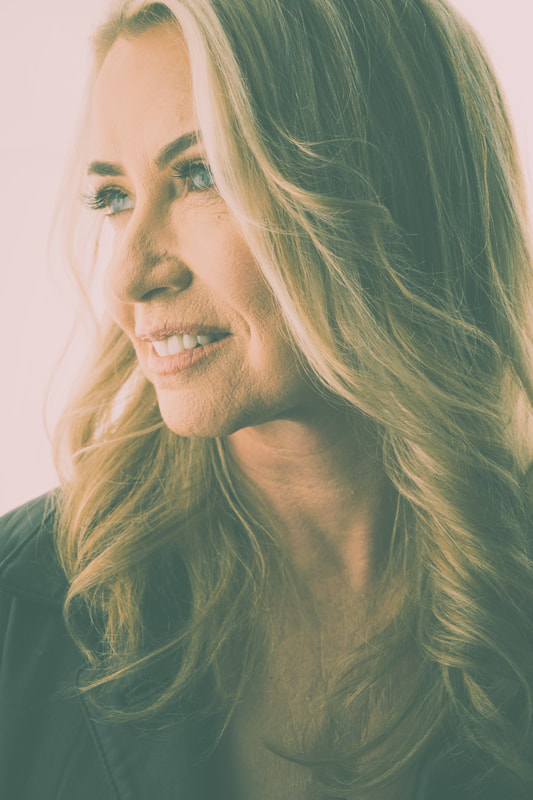 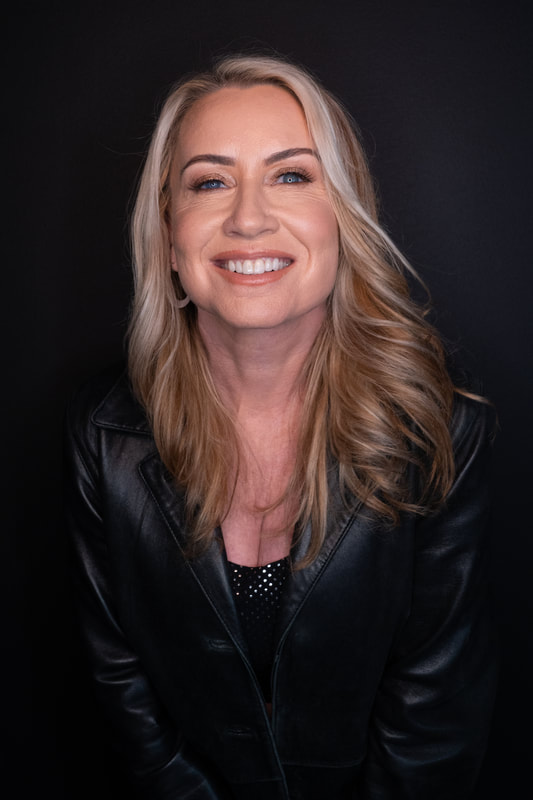 By Kabir Sehgal
They say that you live only once. But when you read a good book or listen to a beautiful album, you’re treated to another life, another experience on which to draw, as you journey down your own road. Such is the province of exquisitely rendered art, which helps to enlarge empathy and expand compassion. But stumbling upon this type of work can be rare – and often needs a translator or guide.

An acclaimed musician Carol Albert isn’t just an artist. She’s an interpreter of the human condition. Her previous albums such as Stronger Now (2020) and Fly Away Butterfly (2017) are musical meditations that explore the full range of human experience, from the melancholy of memories to the bittersweetness of life.
​
There’s no doubt that audiences have taken note of her virtuosity. In recent years, she has released several Top 5 singles, and her productions have received plaudits (and significant airtime on radio and streaming services alike). Her touring schedule has taken her to the Catalina Island Jazz Trax Festival (California), Berks Jazz Fest (Pennsylvania), The Smith Center (Las Vegas) and beyond.

And that’s exactly where she has gone with her new album Magic Mirror. To the beyond. That doesn’t mean to the outer limits of space but the inverse. She has gone deep within to create something personal and profound: “The songs reflected my thoughts and experiences on a very personal level. The title itself reflects the theme of self-reflection in this era of my new awakenings and ventures,” she said.

To join her on this journey, Albert collaborated with remarkable artists such as Roberto Vally, Paul Brown, Shane Theriot, Carlyle Bariteau, Andrew Neu, Ragan Whiteside, Dan Baraszu, Greg Vail, among many others.

“As we emerge from the pandemic, there has been a profound shift of consciousness – like stepping through a mirror,” she continues. Indeed, we’ve all found ourselves questioning ourselves during these harrowing times. Such reexamination is healthy. And when it’s put through the prism of music, it becomes restorative.

The title track “Magic Mirror” is a soulful melody with an intro vamp over a paced vibe. The song gathers steam into the chorus with Vail’s lyrical saxophone lines. The song seems to represent a journey into self-reflection and self-discovery — a reflection of the world as it is today and what could be in the very near future. “Fire and Water” opens with Albert’s enchanting, ethereal background vocals, which is enveloped by brisk percussion. Both “Fire” and “Water” are represented by different sections of this song, giving the piece not only thematic inspiration but also a flow to which we can easily nod along.

Picture this: sitting on the beach and looking at the surfers glide across the waves. That’s exactly the image that Carol had in mind while creating “Paradigm Shift.” Embracing a new idea or concept doesn’t always stem from a “Eureka” moment. Rather, it’s in disconnecting, being in nature’s abundance, that our minds can be at peace and open. The interplay between Albert (piano) and Brown (guitar) is both friendly and welcoming. “Sol Ipanema” is also inspired by sand and foam. But this time, we’re on a sun-drenched Brazilian beach with couples dancing against a sea foam-colored sky backdrop. With a bossa nova rhythm, the piece is a decided blend between smooth and pop jazz.

“Gemini Sun” is a feel-good, upbeat number which Albert wrote during the early days of June. Channeling these positive spirits into this song, which has lush pads and Whiteside (flute) soaring and echoing through the unfolding arrangement. “The Chase” is a song of tumult and forward-movement. “It represents chasing my dreams, and ultimately learning things about myself,” said Albert. This piece indeed reinforces the “mirror” theme of the album. By mirroring others, by imitating others, we learn about ourselves and eventually create our own style or aesthetic. By then end of “Crashing”, we hear wind-swept strings with and a building melodic piano line which positively lands on definitive major chord.

“Sopporo Dream” and “Sometime” are stirring numbers. The first is even-paced with developing harmonic material. The intersection of these musical elements reflects song’s inspiration – a picturesque Japanese city where mountains and rivers commingle, crowned by white snow and the morning sun. The latter piece is Carol’s meditation on manifesting dreams. “While we move towards our dreams, beauty becomes remaining in the moment,” she said. The piece takes us from moment to moment gracefully, with passages that blend seamlessly.

The culminating “Angels Watching Over Me” invokes the divine. “During my meditations, I visualize angels watching over me,” said Albert, who made this album while she lost her father. Many of the musical flourishes are poignantly placed, such as Vally’s arco bass and Baraszu’s rolled chords. Ending with Albert’s arpeggiating piano, this piece becomes an inspirational send-off.

Magic Mirror is exquisitely created by Albert, and yet it’s ultimately a reflection for all who listen. As you experience this project, you may find yourself resonating with the underlying thinking or simply enveloped by magnificent melodies and verdant harmonies. Albert’s music will stay with you. When you gaze into the metaphorical mirror, you’ll have marvelous music to keep you company.

Other Albums by carol albert 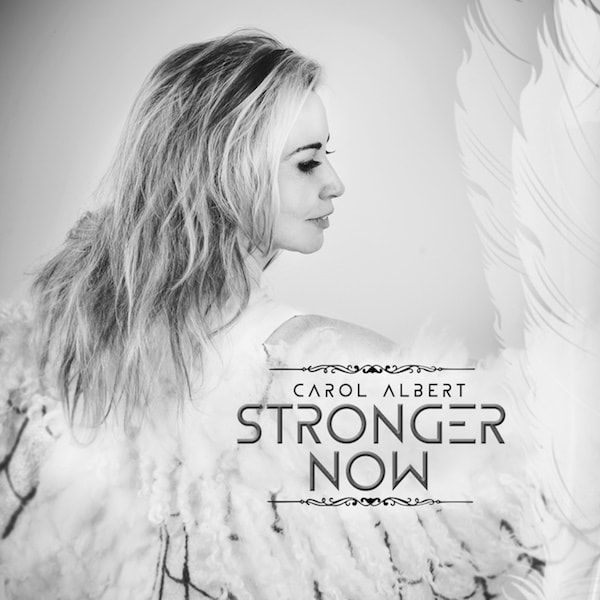 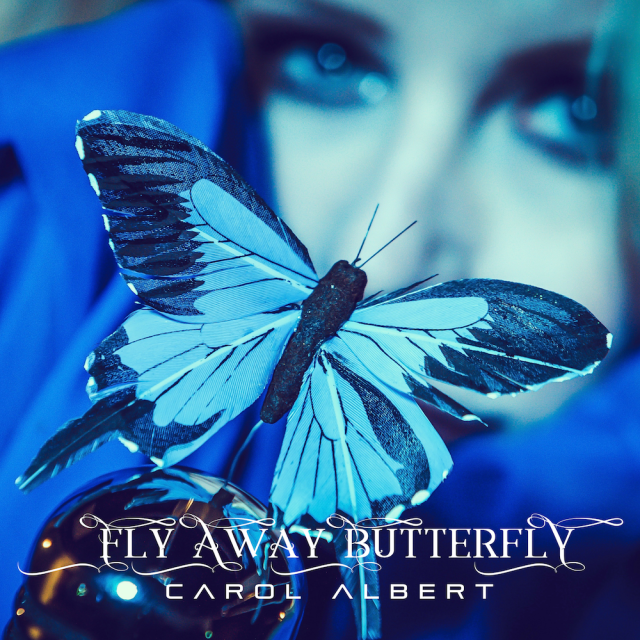 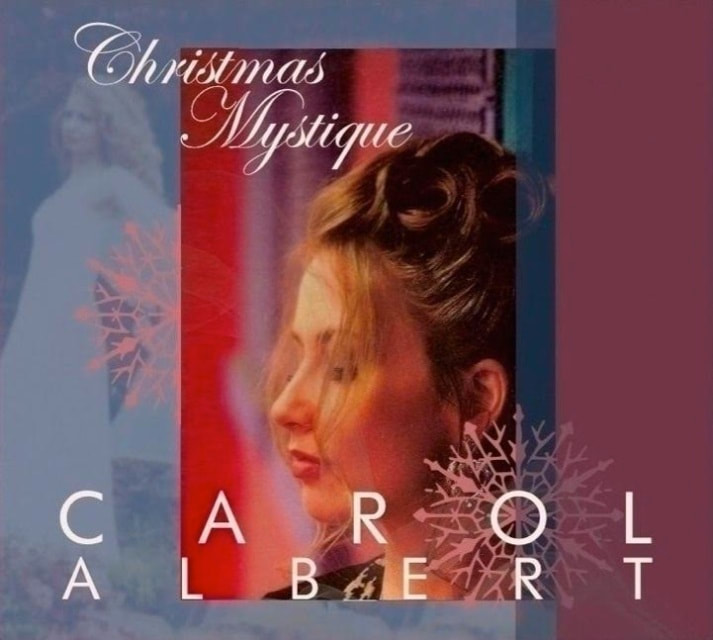 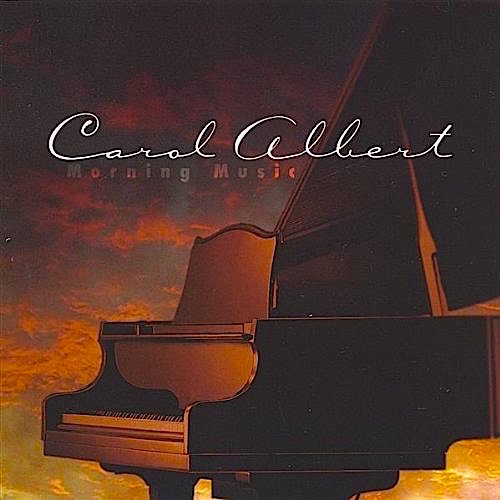 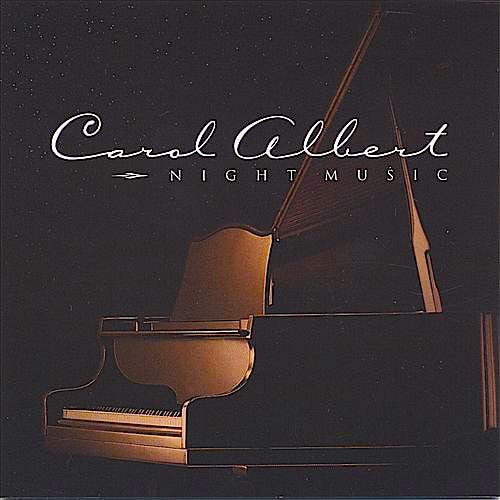 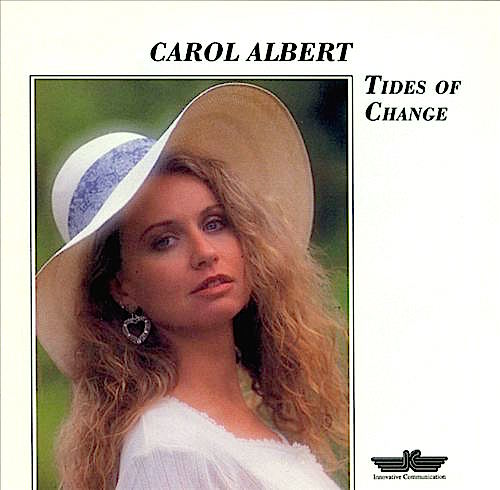 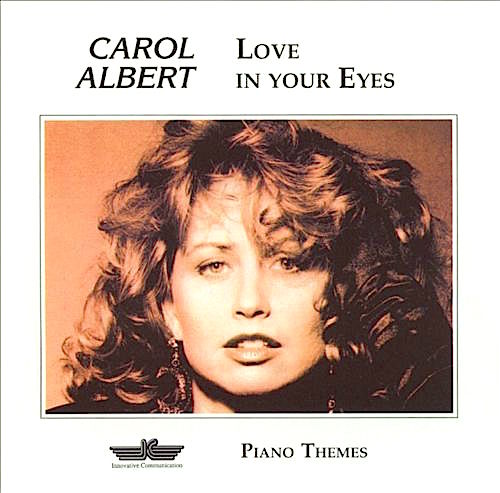 Love In Your Eyes